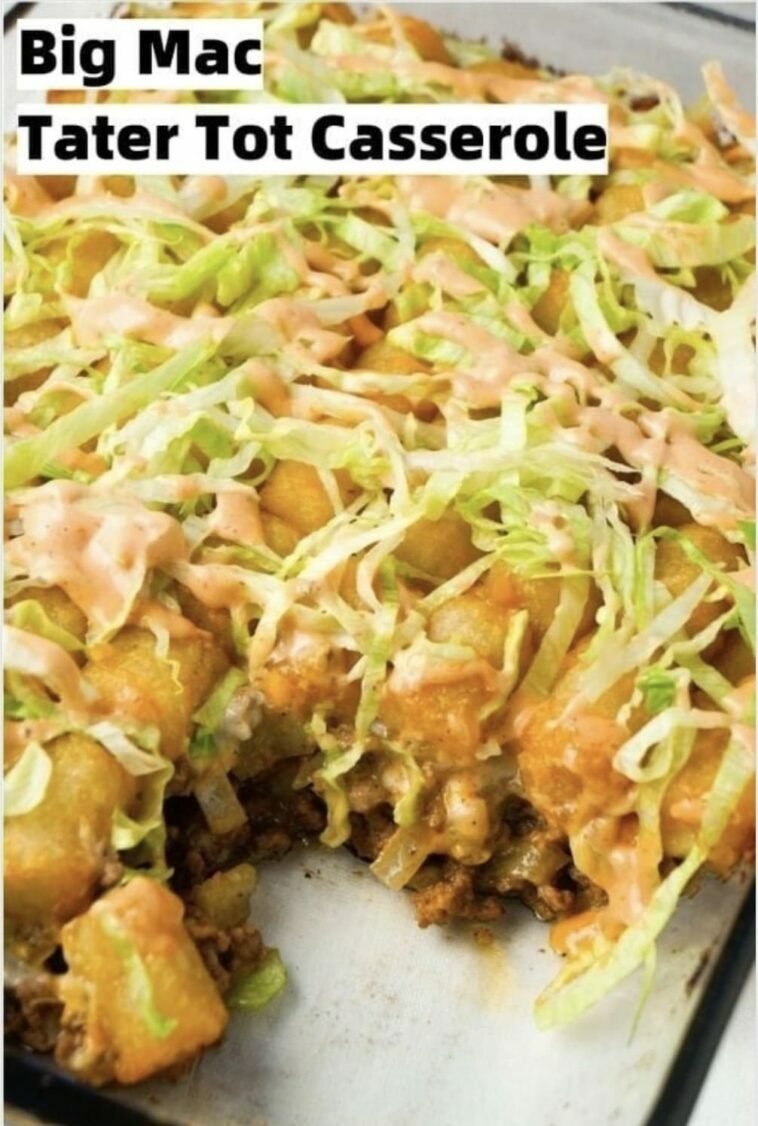 Instructions
Preheat oven to three hundred fifty degrees.
In a large skillet, cook beef and onion over medium heat until browned and onions are translucent.
Add the Big Mac Sauce, American cheese, half cup shredded cheese, garlic powder, salt, and black pepper to the skillet and mix well.
In a 9×13 pan layer the beef, then the remaining cheese and finally line up the tater tots before baking for forty five minutes uncovered.
Top with diced tomatoes, shredded lettuce, and American cheese to serve.