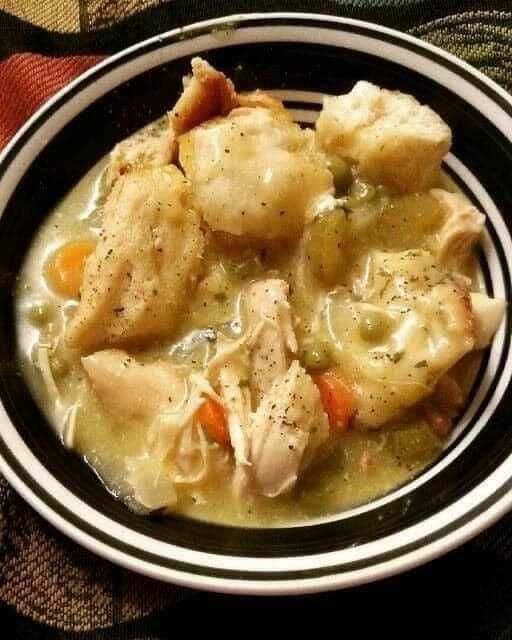 *ingredients
directions
Lay the chicken in the bottom of the slow cooker with the chopped onion and two tbsp of butter. Sprinkling with dried parsley,  salt, poultry seasoning, & garlic powder.
Add chicken broth and cream of chicken soup to the crock and stir all ingredients until combined. Place the lid on top and cook over low heat forsix to eight hours, or on high heat forfour to five hours.
After cooking for at least six hours, or four hours on low, remove the lid and stir the mixture with a spoon or fork, separating the chicken into smaller pieces.
Cut the biscuit into quarters and add to the crock. Push the cookie dough into the crockpot slightly so it absorbs the sauce while cooking.
Replace the lid and continue to cook for another hour over high heat, until the crackers are softened and beginning to turn golden brown.
Enjoy!
Likes:
0 0
Views:
19
Article Categories:
recipes
ADVERTISEMENT