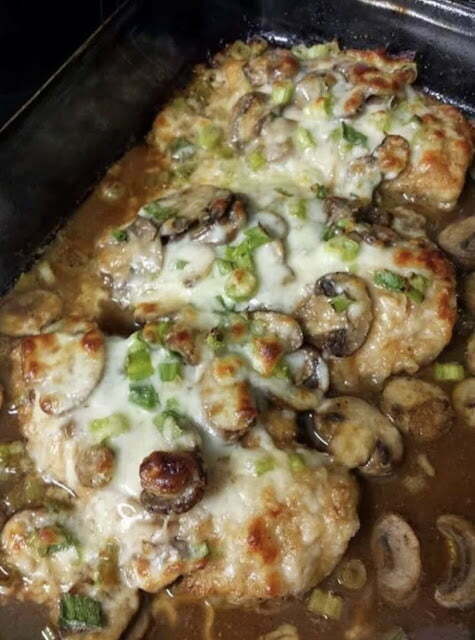 ingredients:
Methods :
In  nonstick skillet, melt two tsp of butter on heat and sauté mushrooms for three to five  minutes, stir constantly.
Cut each chicken breast in half lengthwise and place between two layers of heavy-duty plastic wrap and roll out to an inch thick.
Cover chicken in flour and cook three to four  minutes per side in one or two tablespoons butter over medium heat in a large nonstick skillet. Remove the chicken from the pan and let the drip into the pan.
Sprinkling mushrooms on chicken.
In the same pan, add the broth and bring to a boil. Reduce heat and simmer for ten minutes, stirring occasionally. Season with salt and pepper and pour the sauce over the chicken.
In a bowl, mix cheese and onion and sprinkle over chicken.
In an oven preheated to four hundred fifty  degrees, bake the chicken for twelve to fourteen  minutes.
Enjoy !
Likes:
0 0
Views:
14
Article Categories:
recipes
ADVERTISEMENT