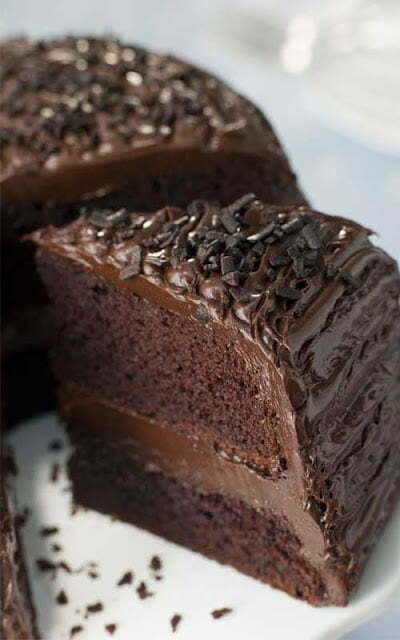 ingredients
*Preparation steps
Preheat oven to three hundred fifty  degrees F (175 degrees C). Butter and flour a 9×13 inch pan. In saucepan, melting one c of butter. Stir in one cup of water and four tablespoons of cocoa powder. Removing from heat & set apart.
In a medium bowl, dissolve baking soda in half cup buttermilk. Stir in eggs and vanilla. Stirring in cool cocoa mixture.
In  bowl, sift the flour, sugar, cinnamon & salt. Make a well in the center and pour in the cocoa buttermilk mixture. Stir until blended. Pour the batter into the prepared pan. Bake in preheated oven for thirty minutes or until a toothpick inserted in the center of the cake comes out clean. Frost cake with Buttermilk Pecan Frosting while still warm.
For the glaze: In a large saucepan, melt half cup of butter with four tablespoons of cocoa. Stir in 1/3 cup buttermilk and heat until boiling. Stir in icing sugar, vanilla, salt and pecans. Remove from fire. Mix well and pour over the hot cake.
Enjoy !
Likes:
0 0
Views:
14
Article Categories:
recipes
ADVERTISEMENT