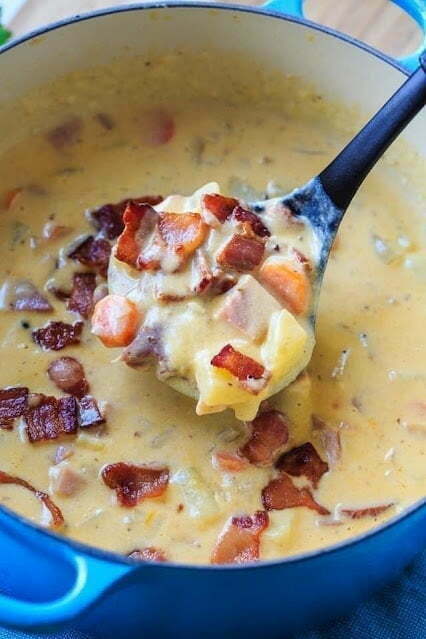 *INGREDIENTS
PREPARATION
In a twenty  to twenty six cup (5 to 6.5 L) slow cooker, combine potatoes, onion, celery, carrot, broth, water, bay leaf, half tsp. (two ml) salt and a quarter tsp. (one  ml) pepper. Covering & cooking on LOW six to eight h, or on HIGH three to four h
Removing bay leaf & discard. Roughly mash the potatoes using a potato masher. Stir the flour into the milk and pour into the slow cooker. Cover and cook on HIGH for fifteen minutes or until mixture is bubbling around edges.
Meantime in  bowl, mix the yogurt with chives.
Stir in Canadian Cheddar and ham. Ladle soup into bowls and top with chive yogurt.
Enjoy !
Likes:
0 0
Views:
17
Article Categories:
recipes
ADVERTISEMENT