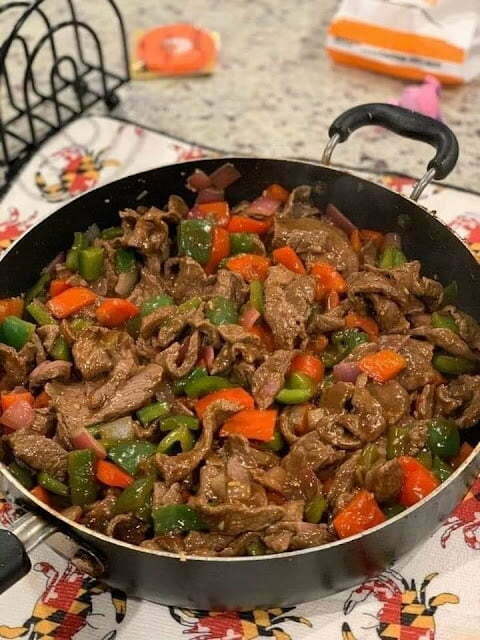 Ingredients:
PREPERATION:
In a large bowl, mix the flour and salt, then coat the meat with the mixture.
In fry pan, heat oil, adding meat, mince garlic, bell pepper (cut into strips) & cook until meat begins to turning brown.
Removing meat & pepper from skillet to slow cooker, leaving grease behind.
In pan where we cook meat, adding tomatoes with juice and a can meat broth to the oil. Adding flour, stir to you create a broth, & pour it on meat in slow cooker.
Cooking covered on low heat about 8 h.
Enjoy !
Likes:
0 0
Views:
52
Article Categories:
recipes
ADVERTISEMENT